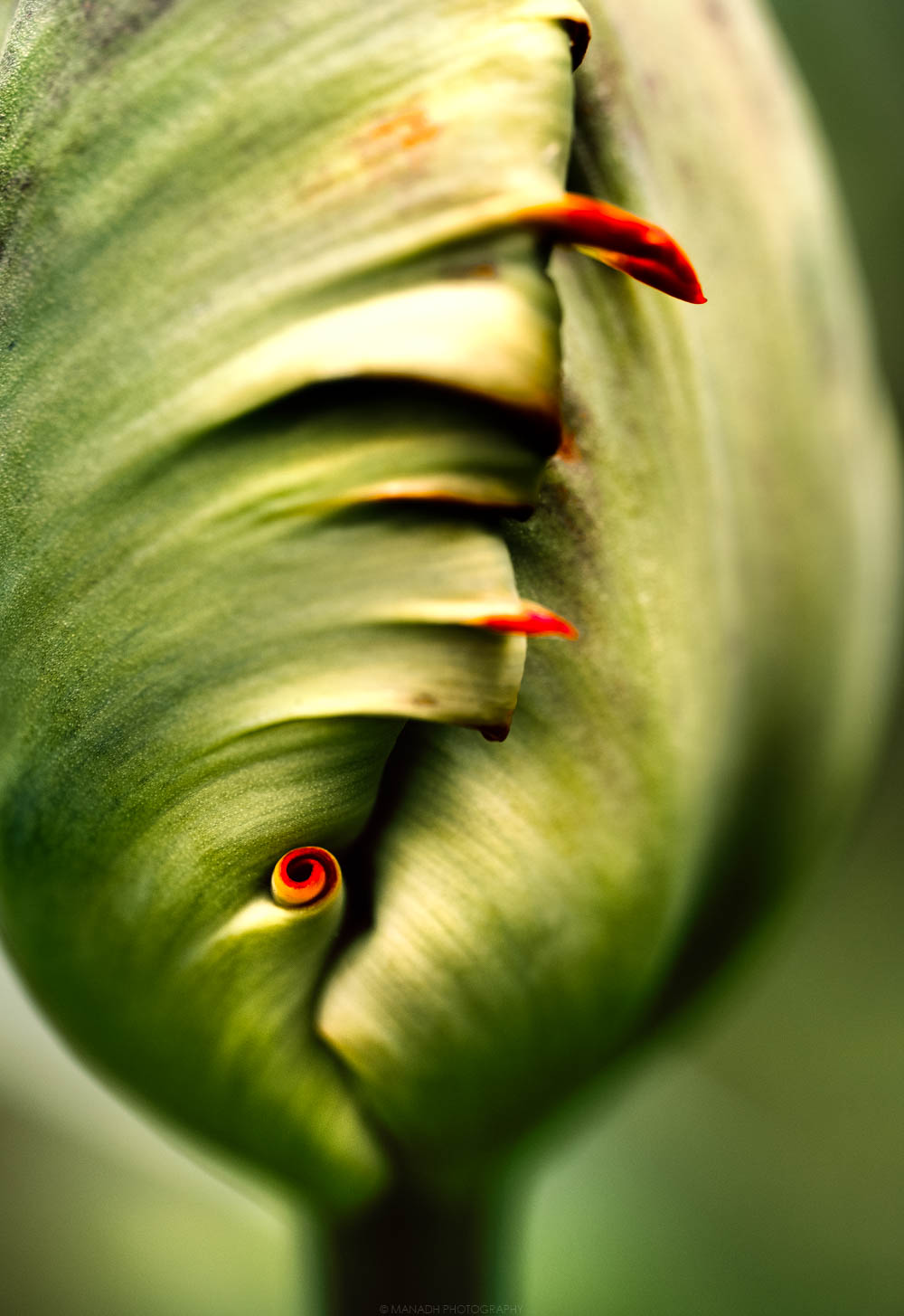 Another day in the garden. It was really nice today – apparently (according to the thermometer in the car) it was 22 degrees! The perfect temperature for me : ) 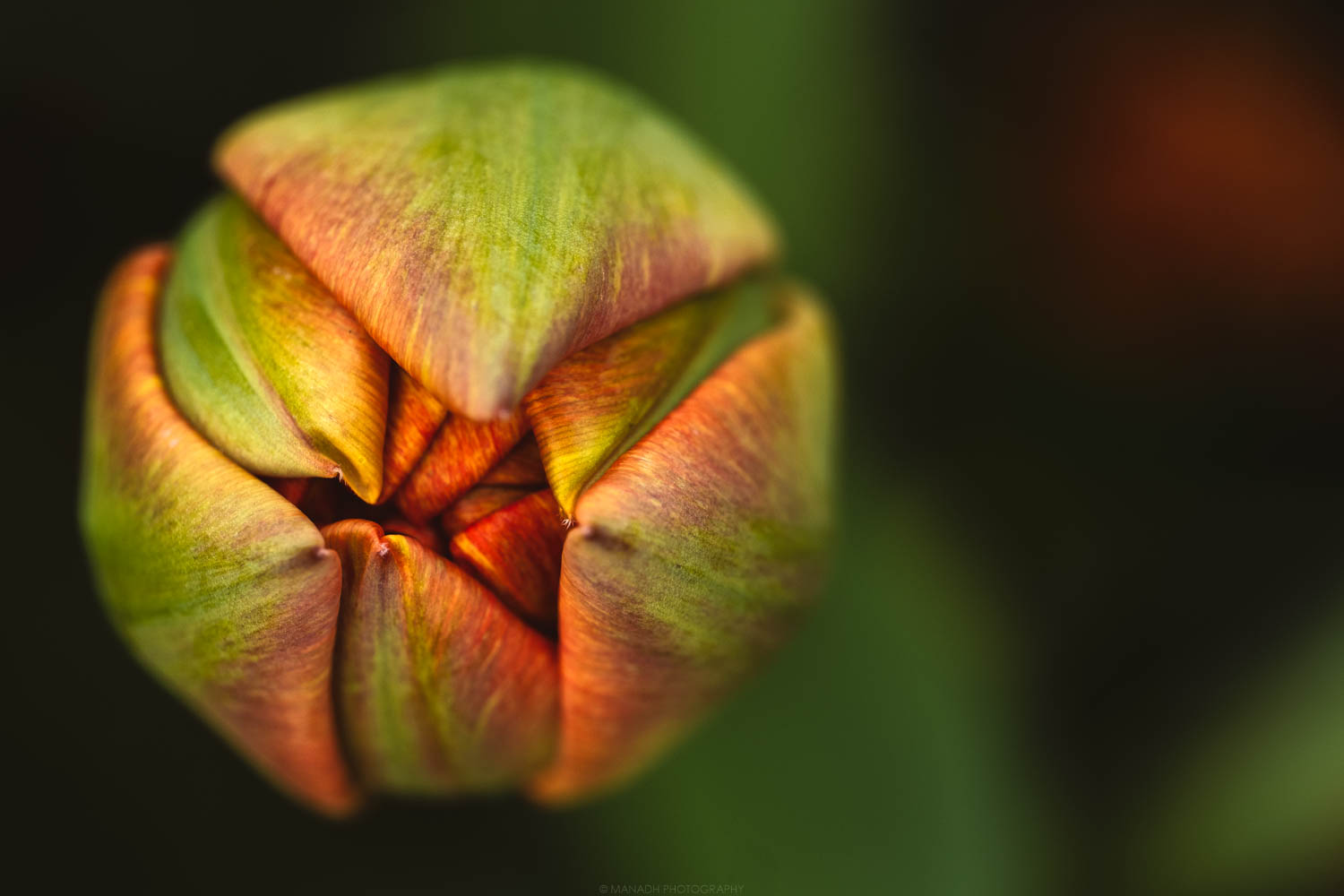 Another afternoon spent in the garden. I’ve managed to get the juniper bush fully out, trimmed the bottom off the red robin bush (it kind of looks like a mushroom now, but it lets the light get underneath it).

I’ve moved another plant, and raked over a section. Not sure what I plan on planting in the psace I’ve made.

I did have a sneaky look under the covering where the mint was…. and around the edges there is some mint growing. Like how? There is no light!!! Grrrr 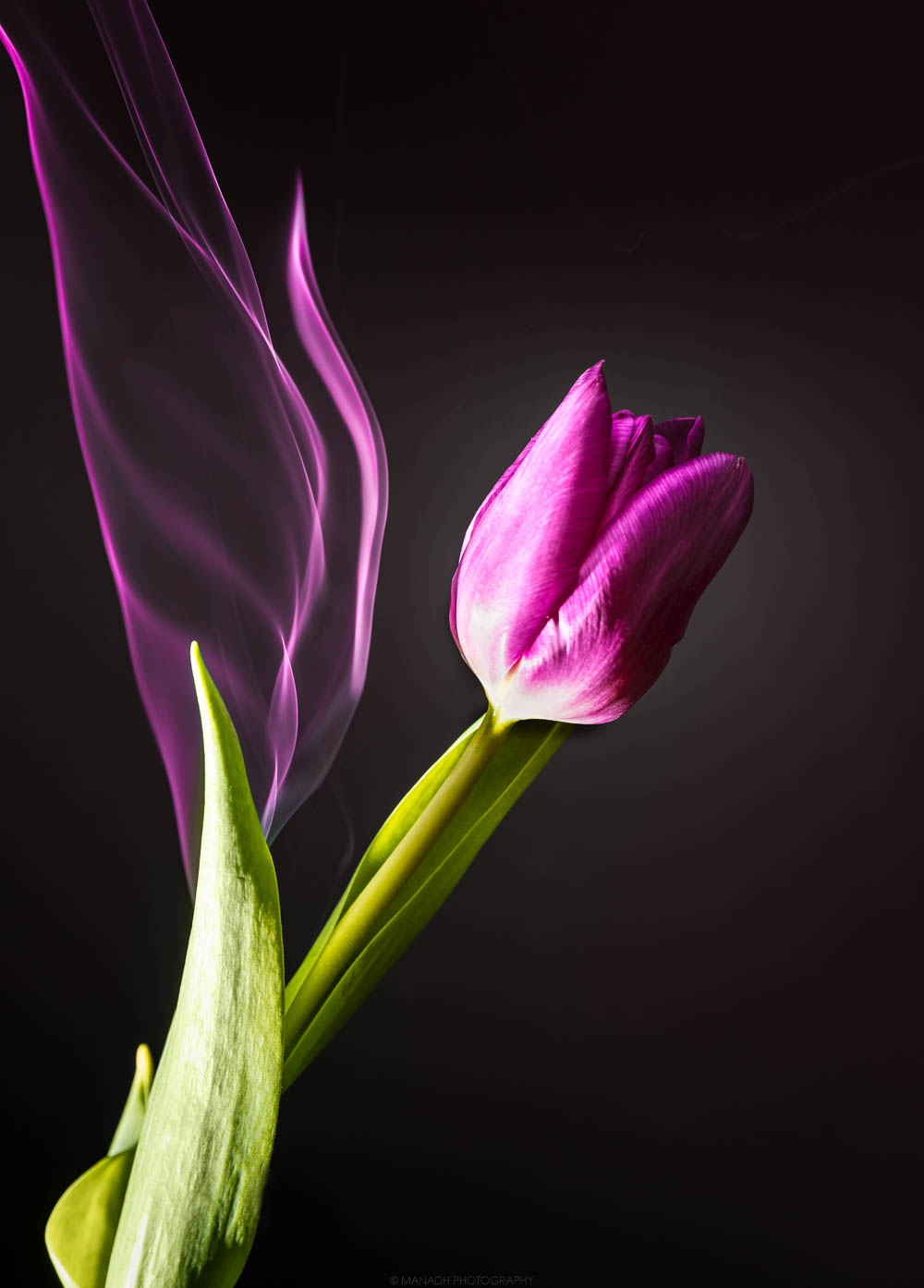 Another day, another flower! I thought I was going to be able to get out tonight after work, as just as I was leaving work the sun was out; by the time I got home it had clouded over and just looked miserable. 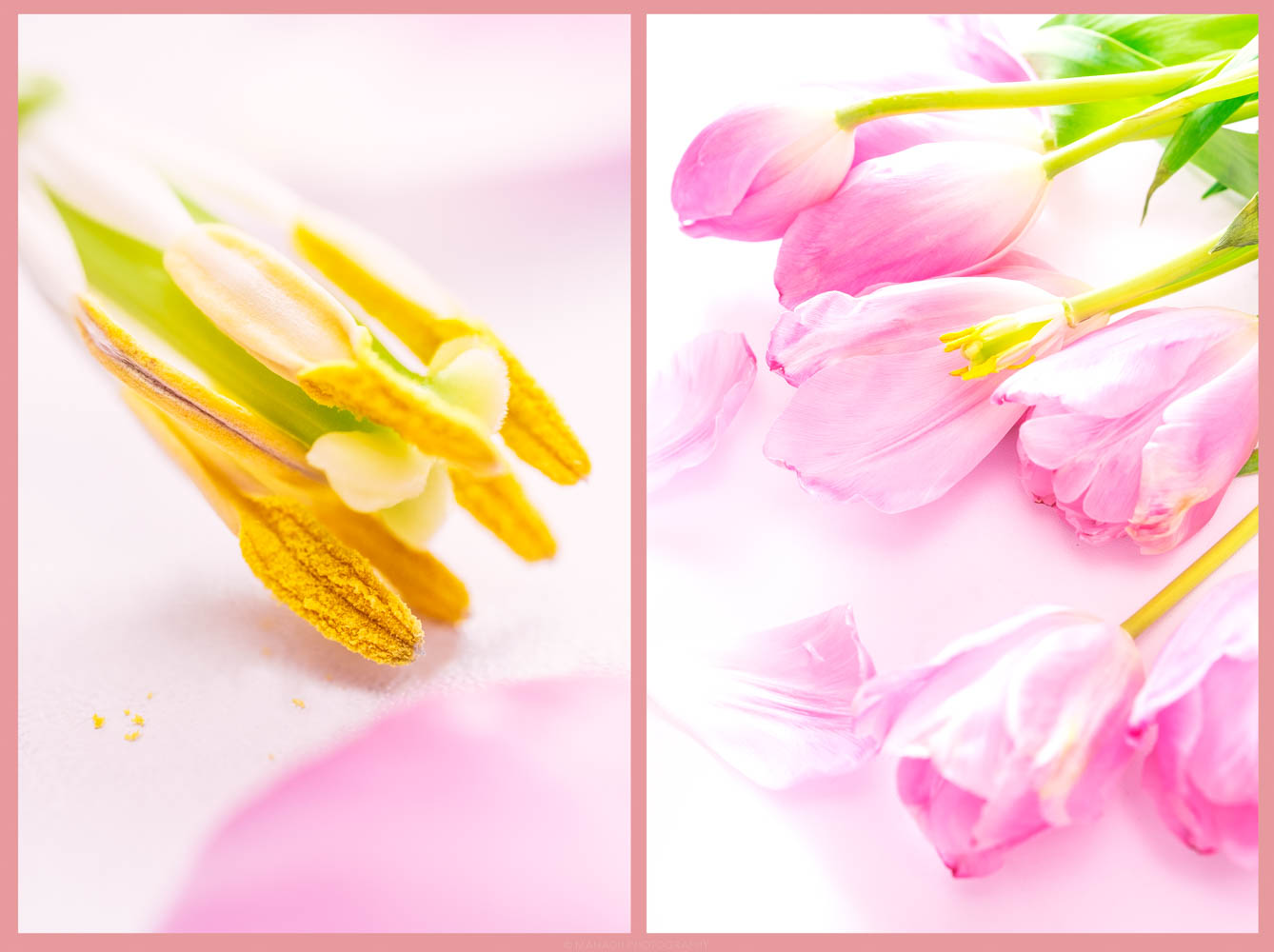 Today, when I got home from work the sun was still up. I played with the idea of getting in, swapping straight into my wellies and going back out. But I’ve been teaching all day and I decided that I just, quite simply, could not be bothered.

Had the sunset been an hour later, and I’d been able to grab a cuppa and have a little sit down, I would have gone out. By the time I’d worked up the energy to go for a walk, it was too late and the sun had already set. Which was a shame as the colours were really nice. Ho hum. The sun sets every day! 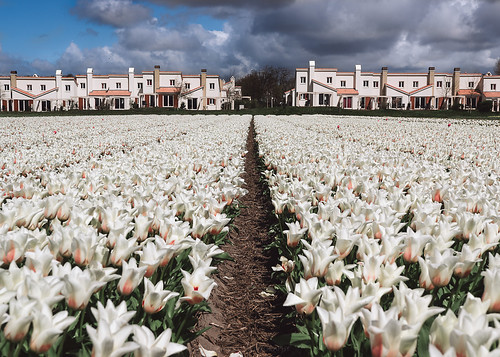 At the weekend me and kB went to Holland. 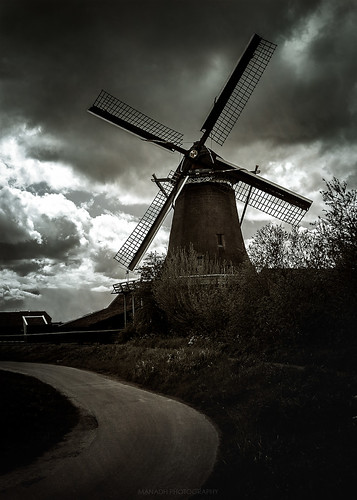 On the first day we went to Zaanse Schans to see the windmills (see above). 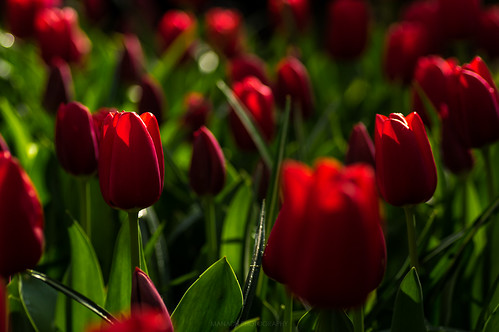 On the second day we went to Keukenhof and had a bike ride around the tulip fields (see above). 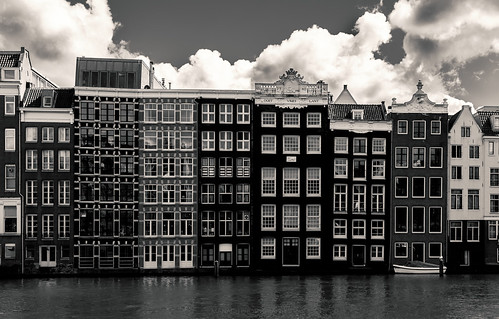 I think for some time I’d been a little bit worried that we would get there and there would be no tulips at all. However I needn’t have worried – there were loads. There were still some daffodil fields as well! 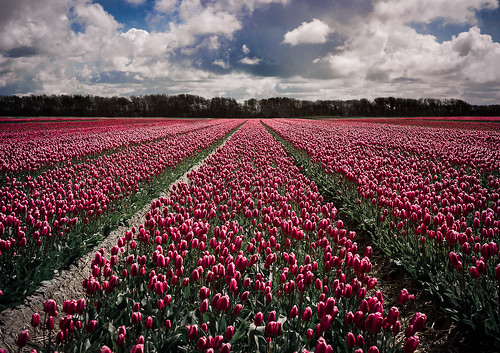 We arrived in Amsterdam at about 930 am. We navigated our way to the station at the airport, bought a day rider thingy, and got on the train to Amsterdam Centraal.
Once at the train station (Centraal) we got the bus to Zaanse Schans – this is where my planning paid off as I knew where to get the bus from and the bus times. 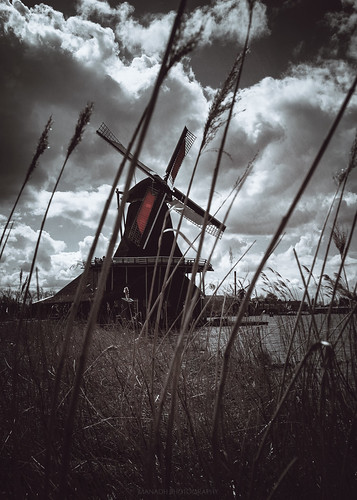 The bus had a little TV screen in it that told you what stop you were at, what the next 5 or so stops were and how far away you were from the destination. The destination of the bus was the Zaanse Schans so that was nice to know.

The bus dropped us off just around the corner and we strolled to the windmills. This was a lot busier than I’d expected it to be, but I managed to grab some shots without loads of people in them. kB tried mustard soup and we had some chocolate cake before heading back into the centre. 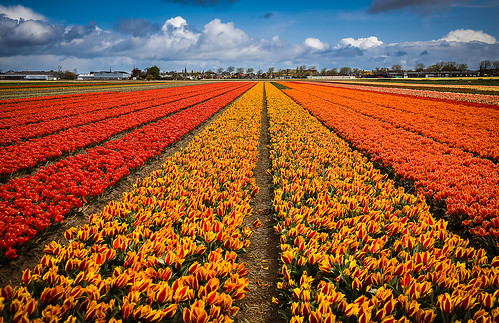 Once we were back in Amsterdam we had a little walk about in centre before getting the Metro to our hotel. Out hotel (Jaz) was next to the arena so it was a bit out of the way, but the super public transport made it easy to get to. The hotel was really nice, and the bed was so comfy. We had a shower and a nap before heading out for tea. 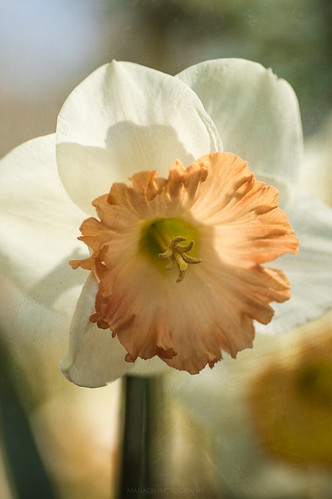 We had ribs for tea, then caught the tram to the main area where kB had a waffle. We had a stroll about for a bit and ended up in a nice pub which served beers brewed in Holland. I even had some fruit beers and enjoyed them! 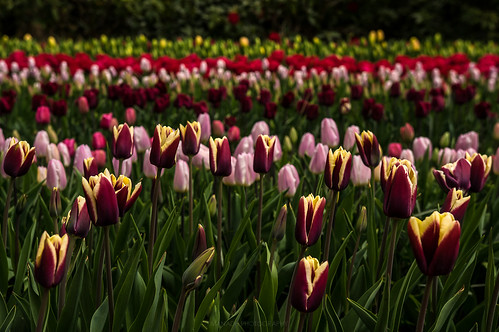 The second day we got up fairly early so that we could get to Keukenhof and have a bike ride around the tulip fields before flying home.
I had pre booked Keukenhof tickets with the bus fair included, so once we were at the airport we got the 858 bus to the gardens.

Keukenhof was a lot better than I expected it to be. I’d not even originally planned on going as I was only really bothered about seeing the tulip fields, and I booked it out of anxiety in case all the tulips were gone from the fields.
I’m glad I booked it though, and even kB enjoyed it.
We had a great crochet thing, which was basically cheese, mustard and meaty bits with bread crumbs around the outside in a bread roll. OM NOM NOM. Delicious! 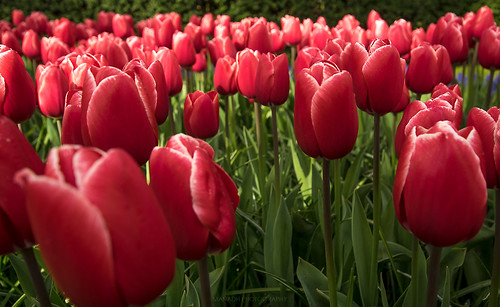 We spent a couple of hours in Keukenhof before heading to the Rent a Bike place just outside Keukenhof. We tried a tandem bike but we couldn’t do it and it was horrific and would not have been safe at all to ride on the roads because we couldn’t pedal in a straight line. So we took it back and swapped it for 2 normal bikes. 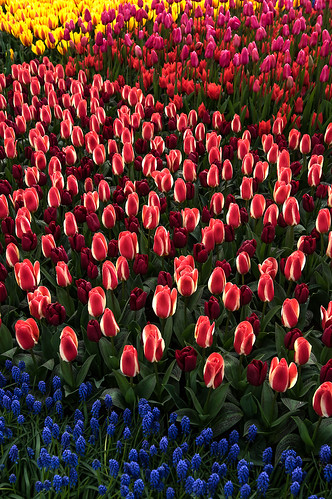 We tried to follow the bike route given to us by the rent a bike place but loads of signs were missing and we got lost.
Some of the fields were already cut, some were in bloom and some were about to bloom.
There were tulips, daffodils and hyacinths ^_^
I somehow lost an hour taking photos and we ended up being almost late (We needed to be on the 3pm bus back to the airport and it was 215 and we were lost!).
We asked a lady who was selling lavender where we were and we were what looked like miles off route. She then explained it would be quicker to follow the cycle route back and it would only take us about 15 minutes.
Phew!
So we set off back and made it onto the 3pm bus and back to the airport with bags of time. Time enough to shop in the duty free for chocolate and eat a pizza 🙂 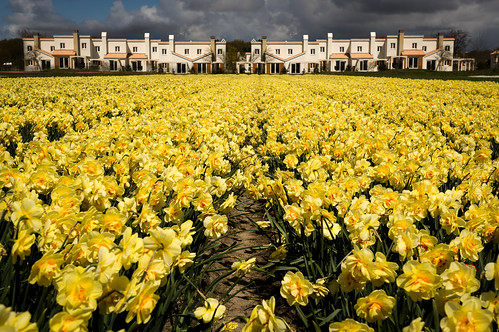 All in all it was a lovely weekend and kB wants to go back to Amsterdam at some point. He liked the architecture. 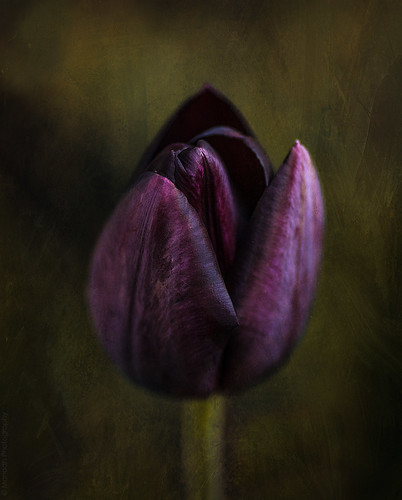 Nekro tulips have come out to play :-B 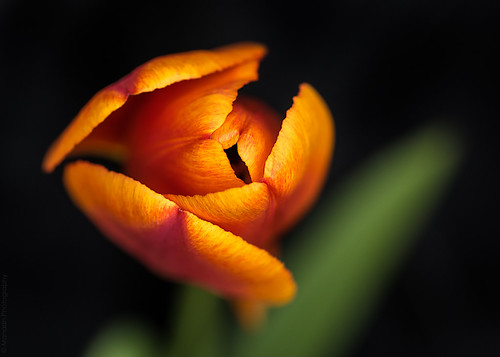 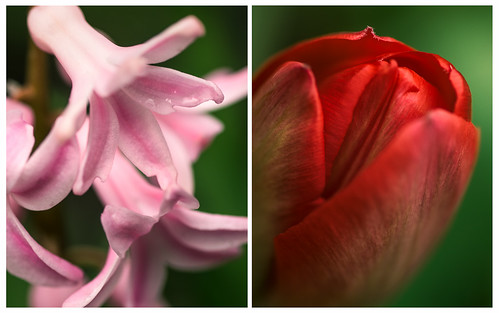 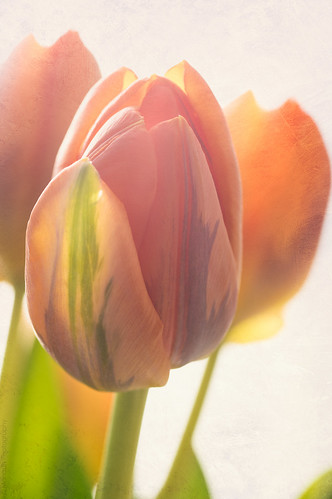 Still lacking in motivation. I seem to have no ideas what so ever at the moment.

I have nothing planned for tomorrow, so I’m going to see if I can come up with some ideas to execute for the next few weeks. 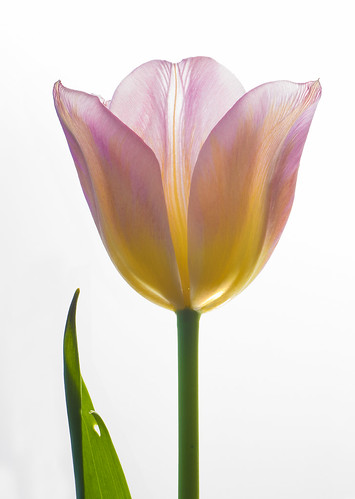 I was so adamant that I didn’t want today’s photo to be another flower, but I’m so tired and totally out of ideas that it was inevitable.