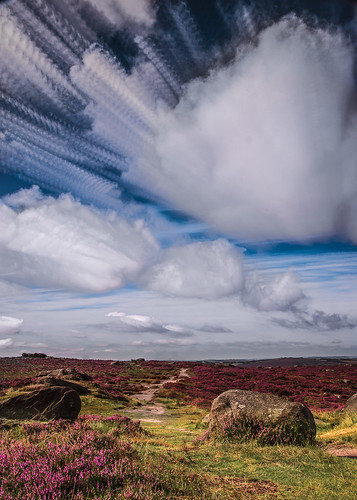 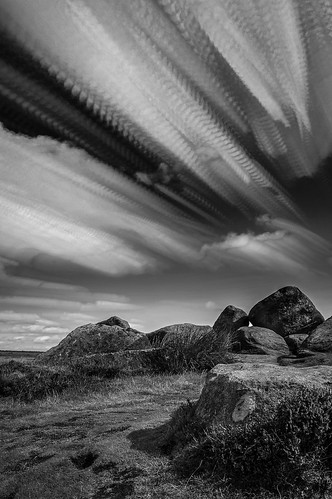 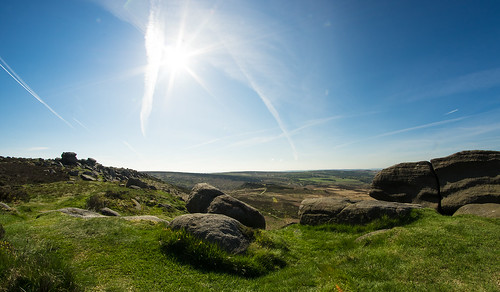 Today I got up super early with my assistant (kB), and we went to the Peak District for a photo shoot with a band. They wanted moody shots, but the sun was shining! Grr! We found some shade and shot in there 🙂 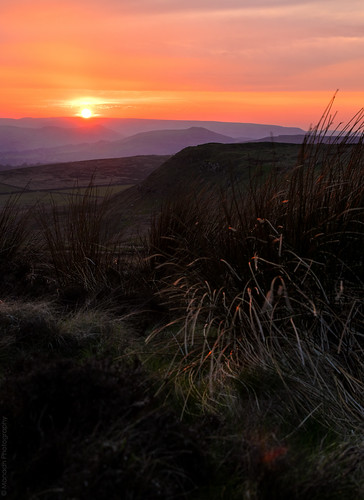 I woke up at 430 and toodled off to the Peak District. I love my sleep and I’d only had 4 hours, such is the good grace of working in a school where these things don’t matter at this time of year.
I was in awe of the very pretty sunrise, danced about in front of it for a bit, watched it some … Then had the worse morning ever.

I packed up to walk around the top of the hill where Higger Tor is and found a couple of pretty spots to take photos of (see below). However being the stupid fool that I am I’d left all three of my remote shutters in my tripod bag – which due to laziness I’ve stopped zipping up because this way I can leave both of the handles in. Obviously the inevitable happened and all three fell out on the moorland… Brilliant.
I didn’t realise this until I’d paraded myself around a good half of the moorland, and I only realised because I set up to take some more shots.
Queue hysteria (hence the name of the shot), and in said hysteria I caught the hook of my parasol on one of the legs of my tripod and pulled the whole lot over. With camera attached. 😐
Queue mental hysteria.
It is entirely possibly I got so worked up about it all because I was running on four hours sleep. However I had just tipped tripod and camera over, and it landed lens first down on some gravel. Luckily (???) the hook of the parasol, even though caused the damage, also seemed to break the fall somewhat.

Camera and lens appear to be fine, although lens does seem to make a chunky clunky noise when I zoom in and out, auto focus seems to work OK though.
Think the lens cap is buggered, but that is a small price to pay…
I retraced my steps and managed to located all three of my remote shutters, for which I am relieved.

Two of the shots in this post where taken post incident, so hopefully everything is working fine and dandy. I really need to learn to be more careful.

Anywhoo it’s 1030 am and I’ve done photo of the day so I’ve quite literally got the rest of the day to do whatever. Like nap.

I thought it was just overcast when I set out, but I quickly realised that nope it was in fact misty.
Whilst shooting this I had people sitting down and watching (they just stared so I felt awkward and stopped, and various people talking to me). Weather was still warm with good breeze (I’m British so it has to be commented on).

Higger Tor is not that far outside of Sheffield city center (I think that technically it falls into the boundaries of Sheffield), quite close to Hathersage. It falls under the category of the Dark Peak, which is thought of as being a wilder part of the Peak District.

This was also the first time that I used my remote shutter to try and get me in the shot too!