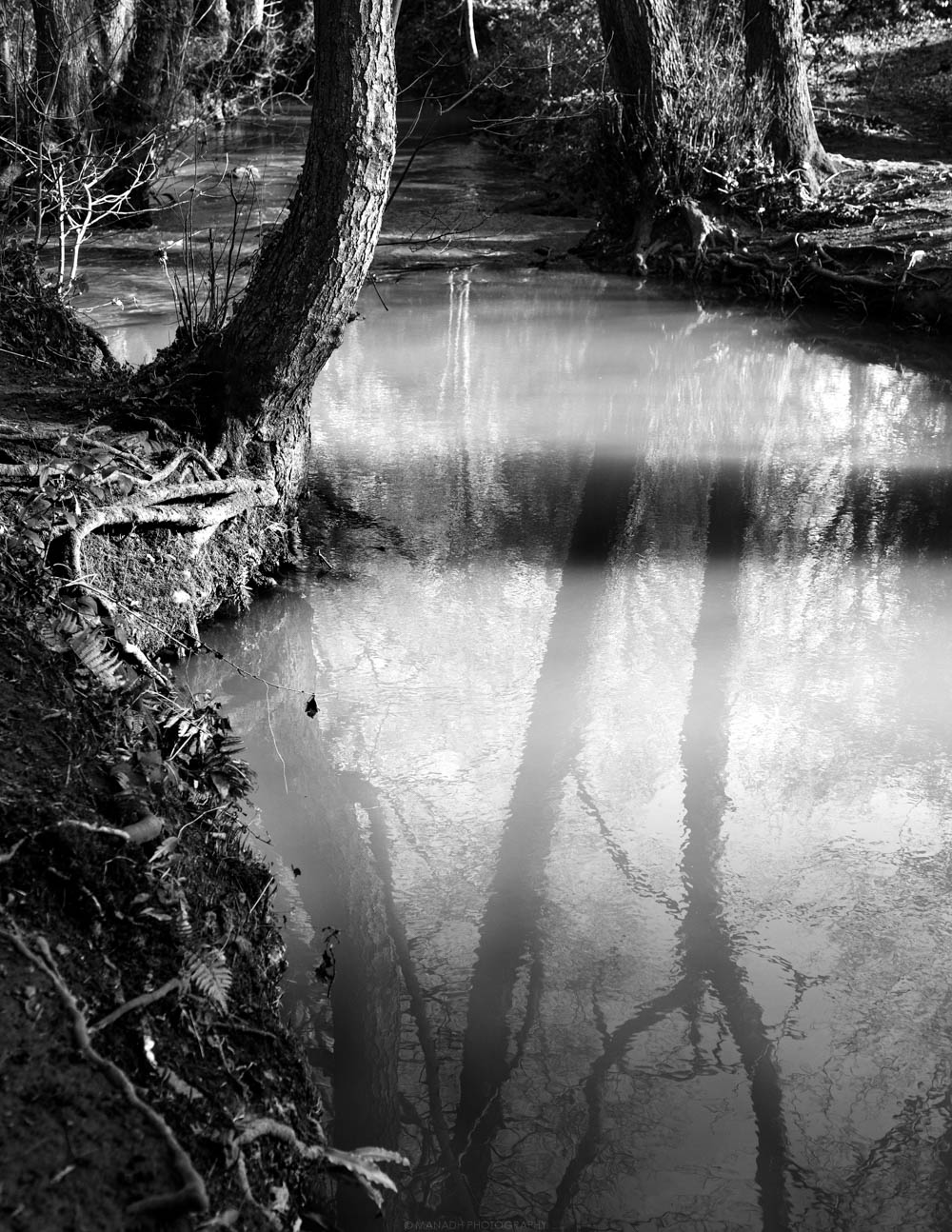 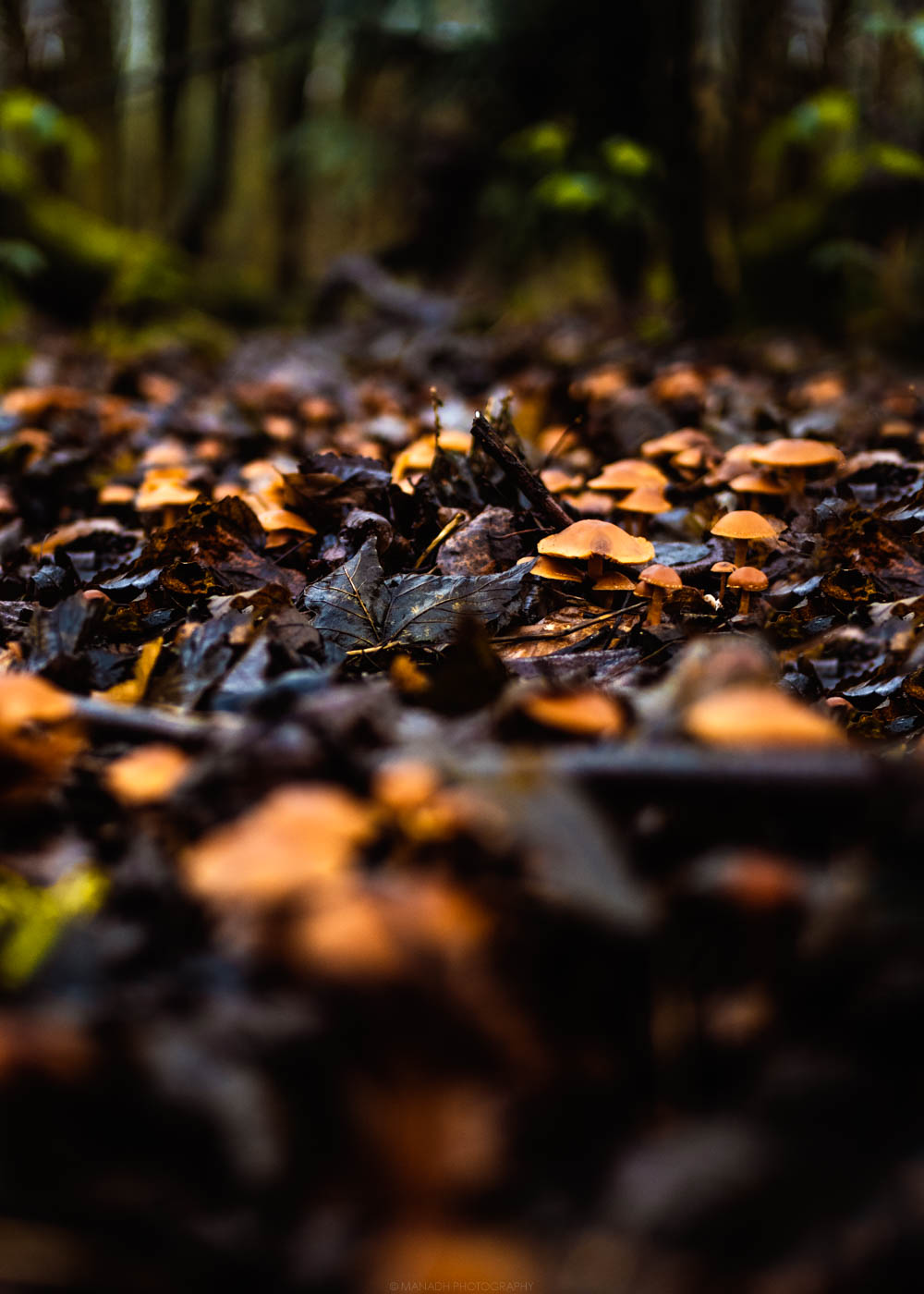 Today it was chucking it down with rain when I woke up. I decided to be productive and clean up my office. When the rain stopped I figured it was time to go out and take some photos. I put my wellies on and went to the fields near my house. On my way there there is a wooded area, and I know there had been some mushrooms there from a walk I went on over Christmas. Whilst on the lookout for the mushrooms I had seen previously, I realised that the entire floor was covered in one section with mushrooms.

I’ve decided to use my lens converter to use some of the lenses I had for my old system (Pentax) on my Fuji XT3. Todays image was shot with the 30mm f1.4. When I found the mushrooms I initially struggled to shoot them; cursing myself for leaving my macro and zoom lenses at home; as either of these would have been much better. But we can only work with what we have! 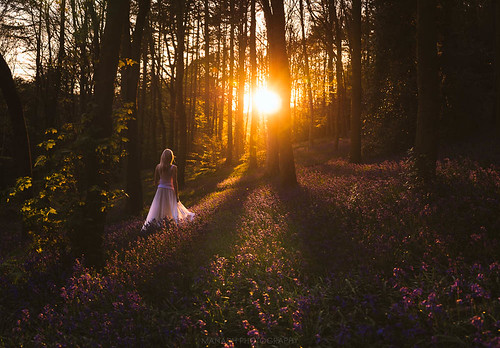 Before returning back to walk, I had a sunset walk in the woods not too far from where I live. I had assumed the bluebells might be out, as they are out in my garden, and it was a lovely sunny day. 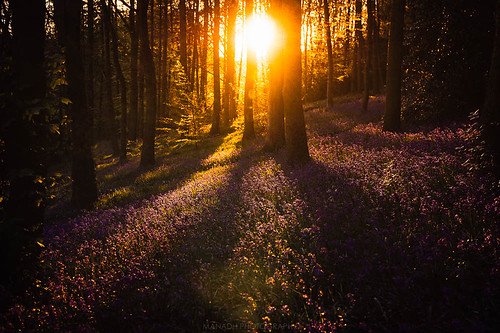 What a nice end to a great week off! 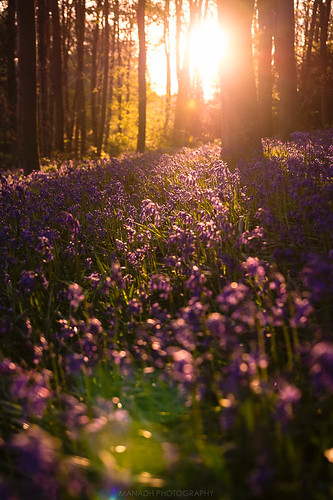 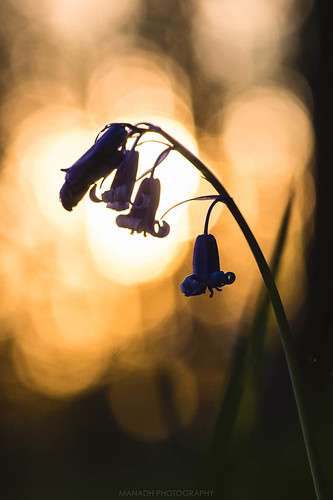 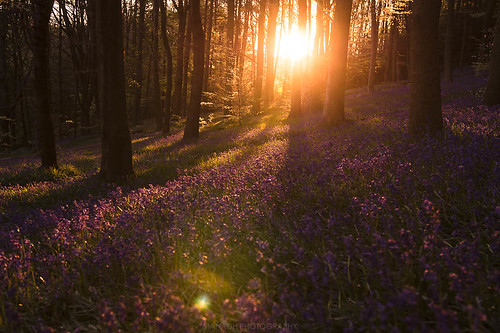 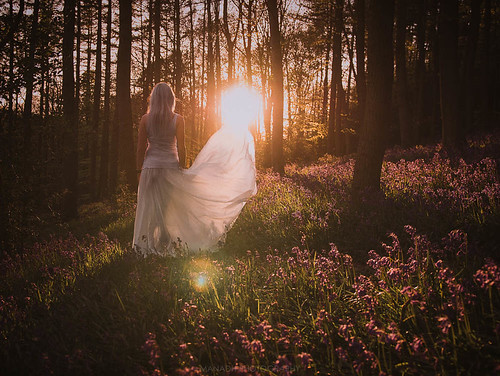 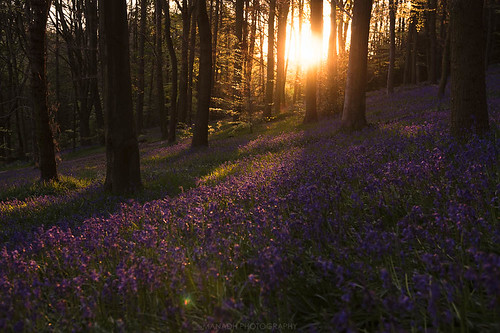 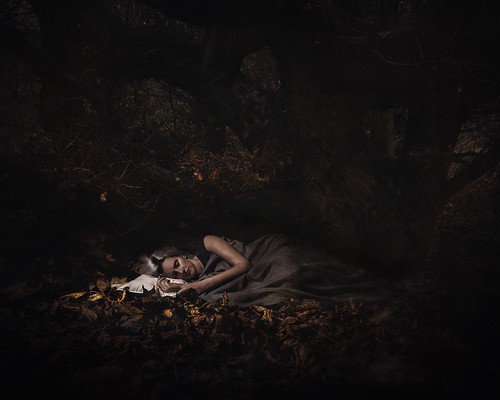 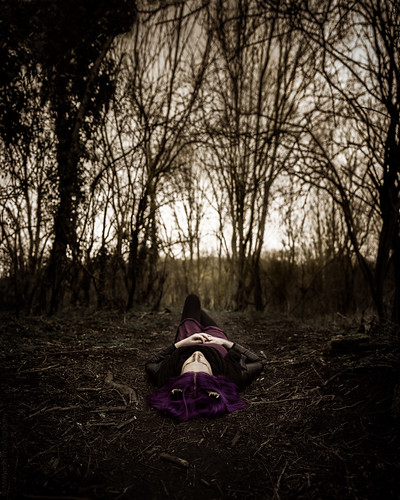 It doesn’t hurt to talk today, and I seem to be coughing more. Although one would assume coughing more is bad, it normally means I’m getting better. I’m a bit achy, a bit stuffy in the head, but mainly it’s been a really really bad sore throat. It’s meant that I’ve not been able to visit my grandad and I’ve mainly felt sorry for myself all weekend.

Re purpled my hair as it had faded to blue. It’s annoying how quickly the red fades out of it, but at least it fades to blue; much better than when it was red (or pink) and it faded to manky orange! 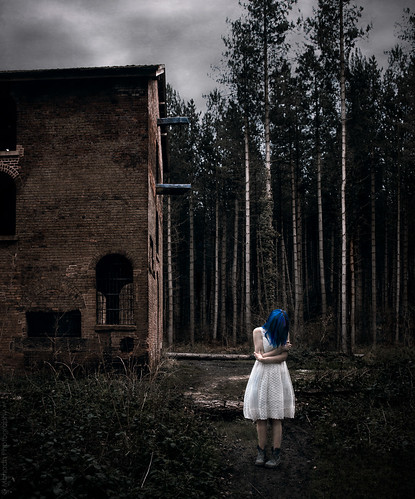 Today I spent all morning ironing. Maybe a slight exaggeration but it did take a long time – my own fault for not doing it last weekend though!
This afternoon however was another story. I met up with my friend and we went to check out some locations – one of my all time favourite things to do – a little trip into the unknown!
I found (or rather my friend showed me) old buildings, old overgrown graves and bluebells (I actually found these on my own) so it was a very exciting.
Looks like there will be many return trips here, as it was super easy to get to ^_^ 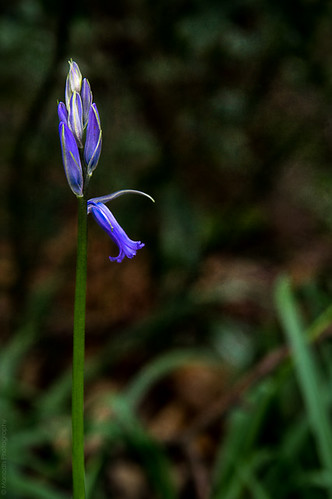 Today I learnt an important lesson about making assumptions.
I had assumed that because leaves are easy to move about, it would be easier to make them look like they are being pushed apart. I failed to take into account that they all just blend into each other, or that leaves just fall to the side, they don’t really do much in terms of resistance …
Anyway, it is time to cook tea and I’ve spent a couple of hours on it.
Chalk it up as a learning experience.

012 // 365
Sometimes it looks like the climb to the top (whatever your ‘top’ might be) will be easy.
Sometimes you just know it will be a struggle.
Sometimes you don’t even try to excel because you are afraid of failure, or even afraid of what you will find at the top.

Today was a cold day; or at least I assume it was cold in the morning. Very frosty, and it stayed that way for quite some time. By the time we decided to go out for a walk, the frost had gone and it was cold, but not terribly so.
So far in the UK we have had a mild winter in terms of temperature. It has been a bit crazy in terms of wind and flooding though. 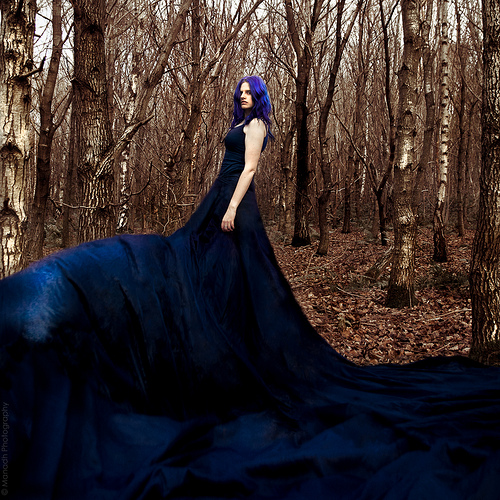 Sometimes solitude is the best medicine.
These days it is so easy to stay connected; phones, tablets etc mean that most  of us are online most of the time. Meeting people in the flesh is replaced by a brief chat on a status. Despite this contact being virtual, it means that we are constantly in contact with others. Sometimes it is nice to just switch off and be totally alone.

I’ve always preferred solitude to the company of others. That is not to say that I don’t enjoy being with other people, more that if I spend time in others company socially for too long then I get worn out, for want of a better expression. 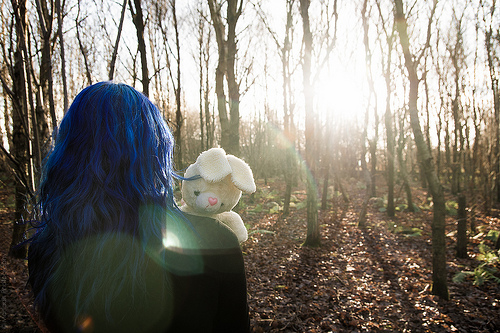 In life, so many of us spend so long pondering over things which have been done; things which we have no control over, no power over to change. Instead of wondering ‘what if’ we should learn from our mistakes and successes and move forward. Use that which has been done before to make sure that we do it better next time.

I’m very much a ‘yeah whatever’ kind of girl. It takes a lot to really annoy me, but then once I am really annoyed it takes me a long time to get over it. For most things though I tend to shrug stuff off, have a nap and move on.

With me in the picture is Flopsy Bunny.
Flopsy Bunny is the first toy I ever bought myself. I spent all of my ‘holiday money’ (as given to my by my mum and dad) on Flopsy when I was little.
Flopsy has …issues.
I used to love rubbing things which were silky, and so poor Flopsy has no fur on her neck because I rubbed it away! As a consequence of this, Flopsy’s head is, well, flopsy.

As well as doing a project 365, this year I am also undertaking a 100x project. This means that you take 100 shots on a theme (Even if the theme is just that they are all good). My theme is conceptual work; but they have to be good (well good to me at least). So far both 365 shots have also made it into the 100x project as well, so the year is off to a good start. I have 2 definite other shots planned before back to the grind stone; and a third which will have to depend on the weather.
I took my flash gun out with me for this but didn’t need it (See what that is, that’s me making an effort to meet my goals for the year ;-)).
So pleased with the flare

These woods are so close to my house, but for whatever reason I’ve never walked there. Today I was good and walked : ) No idea why I haven’t walked before, except for the obvious reason that before I’ve always taken a chair or a stool or something with me, but I don’t know why I’ve not just gone to take pictures.
Maybe that could be another goal for the year – be less lazy! 🙂