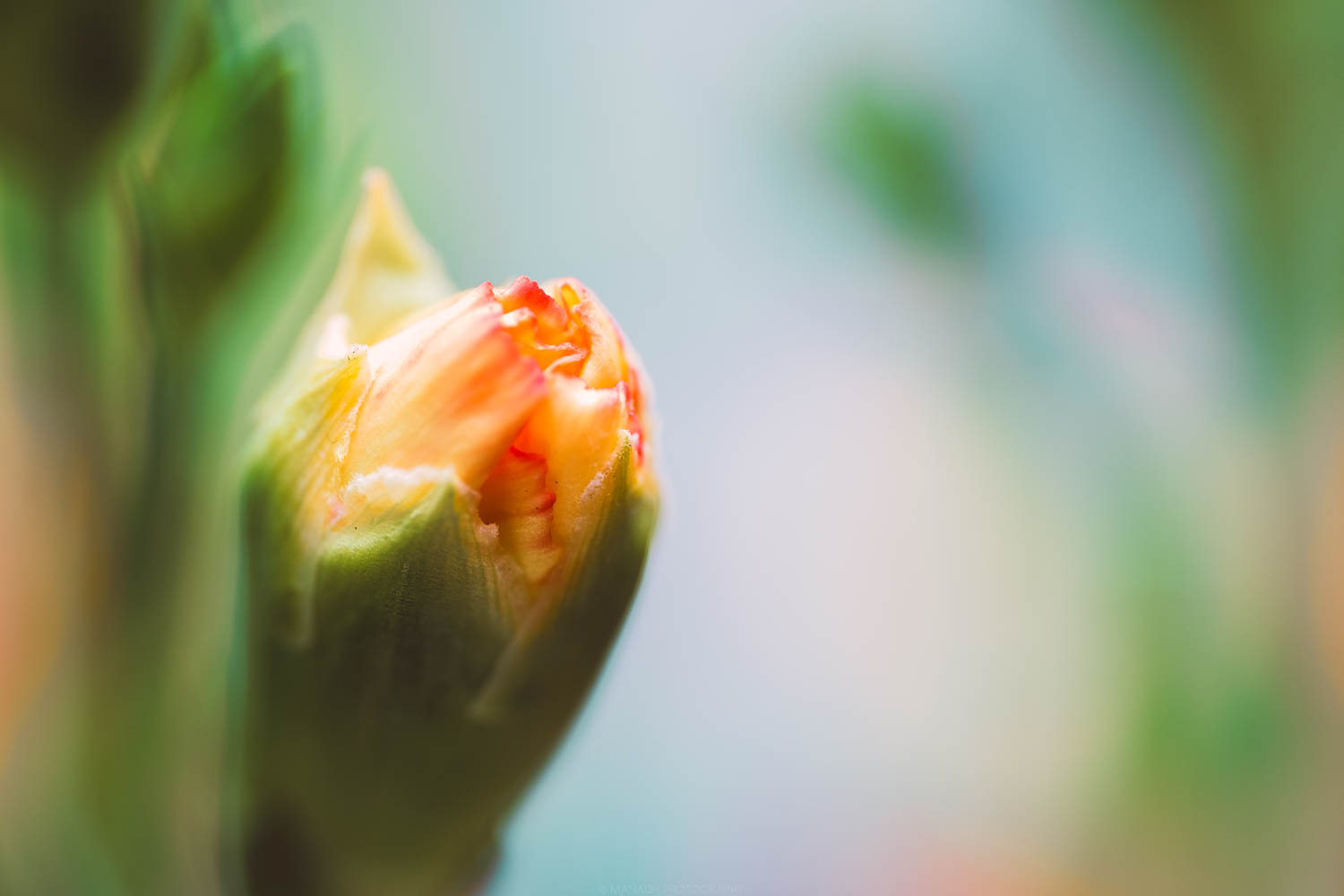 I woke up this morning and there was a nice sunset coming up; so I grabbed by camera and my 500mm zoom lens an set up on my chest of drawers. Unfortunately in my excitement / rush to get out of the house for work on time I didn’t really check the photos.

I got home excited to edit them, but they weren’t quite in focus 😦 So here we have another flower. Hopefully the weather over the weekend will be OK so I can get out and shoot something different! 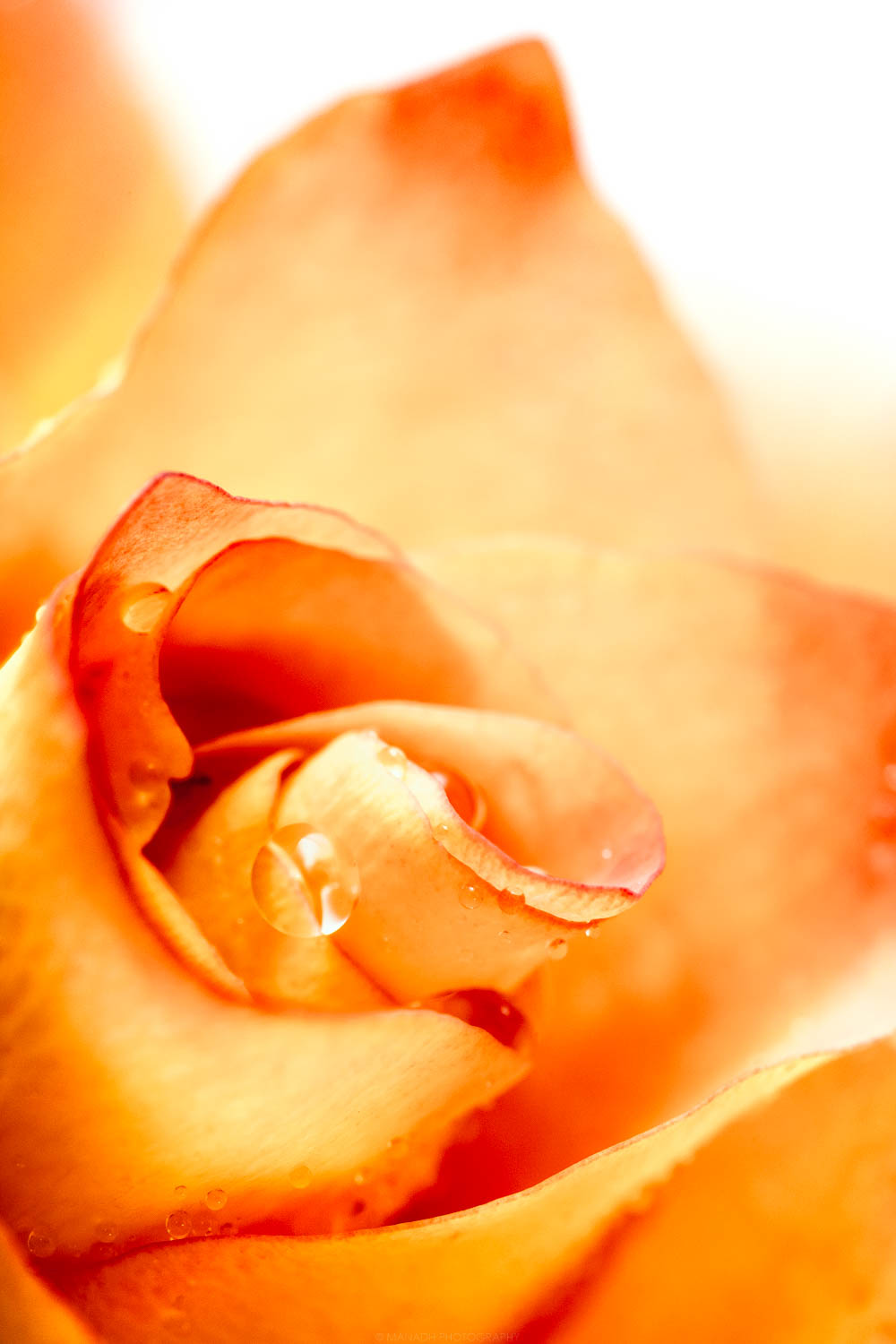 As a special post Christmas treat to myself, I got serious lens-GAS (gear Acquisition Syndrome, basically when you want to buy something but you don’t really need it).
I spent ages looking at different lenses. Got convinced that I wanted the f0.95 that Fuji do. Talked myself out of that (As it’s £££). Wasn’t happy with the fact I’d not bought anything.
Spent a few more days tooing and froing with different prime lenses. Then came across the Venus Laowa 60mm 2:1 lens. For those not in the know, this means that the lens can portray objects 2x the size they are. So small objects will appear larger than they are.

I love a macro lens. So in my mind I justified this purchase.
I shall I add it to my 90mm and my 14mm macro lenses.
Because gal can never have enough macro lenses : )

Just an average flower shot. Not really in the mood today if I am going to be honest. But there we go.
I like the tones on this one though.

And tomorrow is March, and day 60, and also Friday. Hurray for Friday and the Steven Wilson gig.
fb page : ).

When I was growing up I was a tom boy. A really big tom boy in fact. All my friends were boys and we would play Teenage Mutant Ninja Turtles, or cars or climb trees. I used to love football and regularly go to matches and play on the field with my friends and male family members. I distinctly remember once the boys who lived next to my cousin (who were a good few years older than me, I must have been about 13 and at a guess they would have been about 16) saying “Whose that girl, she’s alright at footie”. Because I was!

If we went to McDonalds I’d always make my mum go back to swap the toy for the boys toy and I never had any make up or dolls. I hated flowers and anything pink.

As I’ve grown up I’ve usually found it easier to talk to males rather than females, and I’m still tom boy ish (Although recently I’ve started wearing dresses, but that is a very recent development!). Compared to other females I guess I’m really still a tom boy, just maybe a tom boy in disguise now.

Even though I started to act a bit more girly in my early 20s, I never had a fondness for flowers – that is until I got my own house. A garden hadn’t really been a priority when we were house hunting. I wanted one but I didn’t garden nor did I have any interest in it so it didn’t need to be a big one, just something to sit in to have the occasional BBQ.

Since moving out I’ve developed a love for gardening and flowers in general. So I guess it’s never too late to change your ways 😛

I’ve been thinking (OK so I’ve only had the blog for a matter of hours, but my mind does work on overdrive) as to how best go about cataloguing some of my favourite shots from this year. Originally I was thinking about doing a blog post a shot, but then I realised that I do actually have a life (hahaha not really, I just haven’t taken a photo yet for today). So for now we shall go with this approach.
I’m going to look back over each month and write a little overview of the month, commenting on any stand out bits from the month (because I think a p365 is an excellent way to remember significant things that have happened, not just photos).

Yes I know it’s November, and it might make more sense to wait until the end of the year. But you know, living life outside the box and all that 😛

Right, here goes… Shots which were “photo of the day” only in this post!

January.
A month of wonder (ha, not really just my birthday! :-D). A lot of lighting mistakes were made in this month, although at the time I was impressed – though isn’t that the way it usually goes! On the positive at least I was experimenting and trying new things. I’m a firm believer at looking for the positives in a situation…

February (why does it always take me 3 times to spell it right?).
The month which technically made the p365 a p366. But pish-pash who wants technicalities. A bit of a safe month by the looks of things. Got out more with the camera but didn’t really do anything different. A couple of dud shots towards the start of the month, but if memory serves me correctly I was going on a night out after work, so maybe time was an issue…? >_> We had snow, I had a half term. I bought a furry wolf snood and wore it just about everywhere.

March.
A good month for flowers! And it shows, hahaha, a lot of flower shots this month! Also had a week of experiments where I tried different things (shooting smoke, drops of water etc) and ended up putting Danbo in most of the shots. I had a lot of fun that week, but it was a week which was focused heavily around taking photographs so it’s not something I could maintain with a full time job.

April.
Upon review not actually as bad as I thought it was. It gets worse towards the end of the month though. This was the month that we finally got our kitchen sorted. You can really tell where things start to pile up on top of me from work! Still a safe month in terms of what I was trying to photograph.

May.
Very questionably month. Not a very good month at all really. Very clear that my heart wasn’t in photography at all.

June.
Another not very good month. Apparently if I was shooting flowers I was better than if I was trying to shoot something else. Should probably have stuck to shooting most days then, hehe!

July.
Still some questionable material in there, but you can tell that I’m starting to put a bit more effort into what I’m shooting. Especially so towards the back end of the month, which is where the six week holidays start. In July I’ve started to venture out of the house a bit more to take photographs of things other than “things which I found around the house” or “flowers in my garden”. One of the pictures from this month got Explored on Flickr, which gave me a confidence boost right when I needed it.
This month also sees the start of my love affair with getting a blown out sun in shot…

August.
A good month! I came to the realisation that work wasn’t everything (easier to get into the routine of this whilst on holiday!) and I should put more time into the things which I love. The month of August is made up of festivals and day trips, and photographing both. A lot of time was spent by myself trying to get my head straight, and by the end of the month I was a lot happier in myself and how I would deal with things when I returned to work.

September.
Another good month despite returning to work! Experimented a lot this month with back lighting, but by this time I’d decided that I really enjoy being outside and taking landscape shots, so there is a lot of that as well. Someone I know on Flickr who lives near me found a field of sunflowers, which caused much excitement. I’ve always wanted to photograph a field of sunflowers but I’d always dismissed it as being a pipe dream because no-one seemed to know of any such field anywhere near where I live. I also made more of an effort to be out at sunrise or sunset.

October.
My favourite month! ^_^ I love autumn, but what with p365//2010 being over by this time and p365//2011 being a right off for these months I’ve never really tried to photograph it. It was more challenging than I though, I had some idea which I really wanted to work out but they didn’t. All in all though another good month – just have to keep trying with the ideas until I manage to get them right!

November.
Well in so far we’re only on day 3, and I haven’t taken a photo yet for today (I’m thinking something with sparklers…)

To anyone still sticking at a project 365 – keep at it, we’re almost there!
To anyone thinking about taking one up – it’s a lot of hard work and sometimes you will hate it, but it has massive pay offs. Each photograph will remind you of a point in your life and you will be able to see how you have progressed (if that is what you want to do)