I had planned on being really brave tonight. I was going to my friend from works party for his daughter and I knew there would be “a few people” and some fireworks. An excellent opportunity to photograph some exploding fireworks! Totally bottled it when I got there though. A lot more people there than I had anticipated, and I didn’t want to be *that* person with the SLR photographing the fireworks. So instead I took a couple of the left over sparklers home and photographed them as it was gone 9pm by the time I left.

Disappointed in myself for bottling it? Yes.
Enough to do something about it next time? Probably not.

Clumber Park is almost 4,000 acres of parkland, heath and woods. It is located in Worksop, which is in Nottinghamshire, England. I’ve been a few times before, and this was actually my second visit this year (I went in summer time). I had written down in my photography book that I wanted to return in autumn, and today was that day!

The weather started off overcast, but it really brightened up! 🙂 It was great to get out of the house on a crispy Autumn day and wander around of a couple of hours. So glad the weather was good as I have really missed going out and taking photographs *shakes fist in the general direction of sunrise and sunset times in the UK*

Quite enjoying macro shots at the moment seeing as I can’t really get outside. Looking forward to tomorrow and Sunday though, both should offer the opportunity to get outside and (on Saturday) take some autumn shots and (on Sunday) some fireworks shots.
I found this conker shell when we went to the cemetery last weekend, and brought it home thinking it might make an interesting shot.

Anyway, that’s one week down …. Six more until Christmas! :-p

Somewhat struggled for inspiration tonight. Not enjoying these short days, really makes me miss going out and about after work.

When I was growing up I was a tom boy. A really big tom boy in fact. All my friends were boys and we would play Teenage Mutant Ninja Turtles, or cars or climb trees. I used to love football and regularly go to matches and play on the field with my friends and male family members. I distinctly remember once the boys who lived next to my cousin (who were a good few years older than me, I must have been about 13 and at a guess they would have been about 16) saying “Whose that girl, she’s alright at footie”. Because I was!

If we went to McDonalds I’d always make my mum go back to swap the toy for the boys toy and I never had any make up or dolls. I hated flowers and anything pink.

As I’ve grown up I’ve usually found it easier to talk to males rather than females, and I’m still tom boy ish (Although recently I’ve started wearing dresses, but that is a very recent development!). Compared to other females I guess I’m really still a tom boy, just maybe a tom boy in disguise now.

Even though I started to act a bit more girly in my early 20s, I never had a fondness for flowers – that is until I got my own house. A garden hadn’t really been a priority when we were house hunting. I wanted one but I didn’t garden nor did I have any interest in it so it didn’t need to be a big one, just something to sit in to have the occasional BBQ.

Since moving out I’ve developed a love for gardening and flowers in general. So I guess it’s never too late to change your ways 😛

Tonight is bonfire night, I’m ill and cold (at the best of times) so tonight I will stop in and maybe observe fireworks from the window. However all I really want to do is go to sleep. I’m fully in favour of the first day back at work after a half term being a half day.

Found some skeleton leaves on my trip to the cemetery yesterday and decided to photograph them today. Obviously. Starting to worry a little bit about what I’m going to photograph as the days get shorter; the sun was well on it’s way to being set as I got in from work today.

I really do love autumn, it is my most favourite season by far.
The air gets a bit crisp, just enough to pile on scarves, hats and what not (I have a worrying addiction to hats, scarves and knitwear).
The leaves on the trees go all kinds of wonderful colours, and then they fall to the floor ready for me to stomp all over them *crunch crunch crunch*, kick them in the air and generally get all excited.
Me with autumn leaves is a bit like a kid in the snow. Except if I think about it, I’m like this with snow as well….
Over the last week I have seen two people making big piles of leaves and I have used all my reserves of self restraint to not go crashing feet first into them waft arms and legs about like a loon and send all of their hard work flailing around all over the place… However I was raised a good girl (despite being urged on to destroy one of the piles by my own mother! :-O) and so far have not managed to pluck up the courage to act on my impulses. Possibly because the proud owners of said piles were stood close by.

To destroy someone’s pile of leaves before autumn is over.
I lead a wicked life… 😛

A while ago I went looking for (and found) a photography groups based in Sheffield. I will admit I had looked before, but I’d only found those groups which required that you paid to join and I’ve always found that bit off putting. As much as I enjoy photography, and I strive to get better at it, it is only a hobby and I don’t really want to be paying to hang around with like minded people.
I left my search for a few months then I stumbled upon a group whose motto seems to be “it doesn’t matter what camera you have (even a camera phone) as long as you have a passion for photography” and about once a month we toodle out to a different location and take photographs.

This month we went to the General Cemetery in Sheffield. I have been here before a number of times to take photos, but I don’t mind returning to places I have visited before and besides it’s nice to get out and talk to new people (And I’d never been to the Cemetery in autumn before).

Harewood House is North Yorkshire (I think), not too far off Leeds/Harrogate. It’s a massive house which was built at some point in the 18th century and is open to the public most days. Weirdly, driving into the pay station I noticed a sign which advertised flamingos and penguins… As no-one else had noticed the sign I assumed I had misread it, but no, there were flamingos and penguins! (This is a more than a bit unusual for a building like this, just in case anyone is wondering why I’ve mentioned it).

It was a lot bigger than I was expecting, with a lake and some stunning scenery to boot.

The above shot is “mums view”, as my mum decided that if she lived here she would sit on the bench where this shot was taken every day and look out at the view.

I was definitely impressed with the surrounding lands that went with the house, the weather let us down a bit though it did pick up as the day went on. The day before we went was Halloween and the staff at Harewood had decorated the lands with halloween-y things, which was nice!

All in all it was a pleasant trip out and it exceeded my expectations 🙂 Not too sure if I would make a return trip though, as it was rather expensive to get in.
Would recommend the parkin I had there. Sweet Holy Mother it was sooooo good! Seriously the best parkin I have ever had. Very gooey and moist, om nom nom. 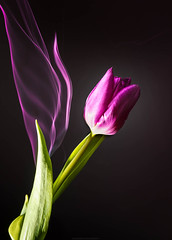 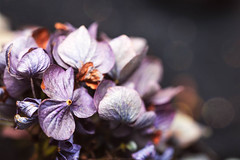 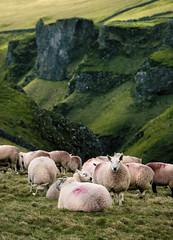