Today we picked up the hire car. I was somewhat nervous (to say the least!) but we set off out to Alnes because I wanted to see the lighthouse. This is about a 30 minute drive from Alesund, and so with the trusty sat nav on, off we went. 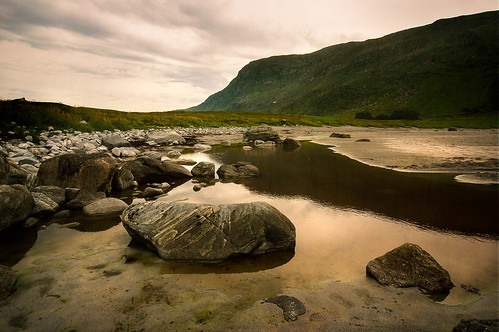 Getting to the Alnes was pretty straight forward, but I wasn’t too keen on the tunnels we had to drive through, the strips of light on the ceiling made my eyes go a bit funny. 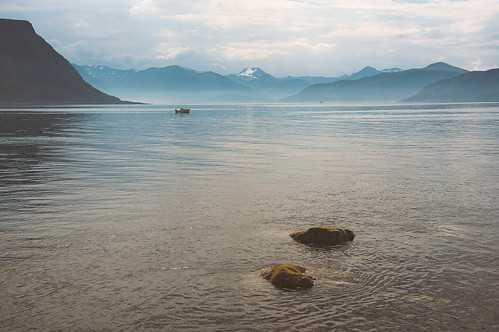 When we got there the lighthouse had scaffolding around it! So I was a bit annoyed as it was my main thing to photograph today. We walked around for a bit though, and found the beach. We then set back off to drive to the other side of the island where there was a hike to the top of the cliff. 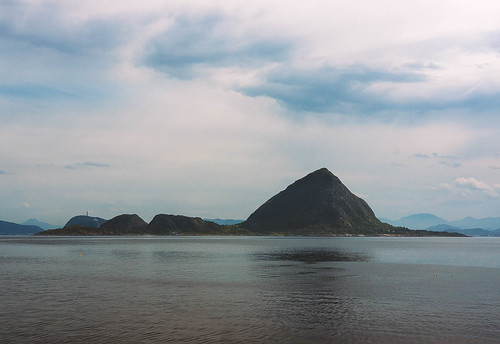 On the way there we made a pit stop at another lighthouse. This one was without scaffolding, and the views were much better. 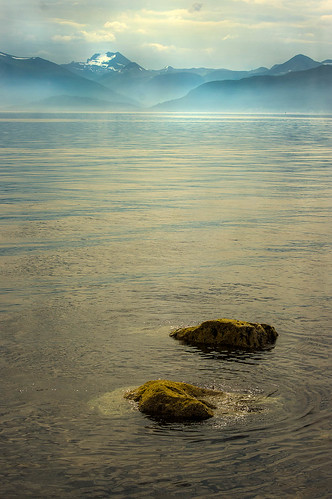 We stopped there for a bit and admired the view. It’s odd how everything in the distance is blue. Blue and misty. The weather today has been hot again! The weather forecast predicted cloud and rain from 4, but it was mainly sunny and we had a thunderstorm at about 8. 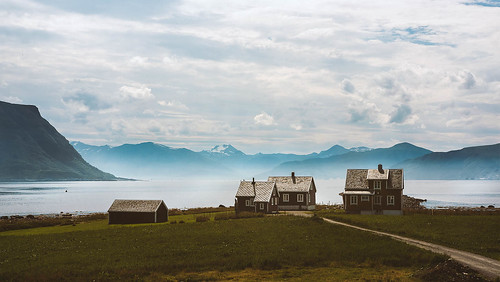 The hike up to the top was a bit nicer than yesterdays. It was more smaller rocks, which means that the ground was, on the whole, much easier to walk up. It was still a steep uphill walk though. 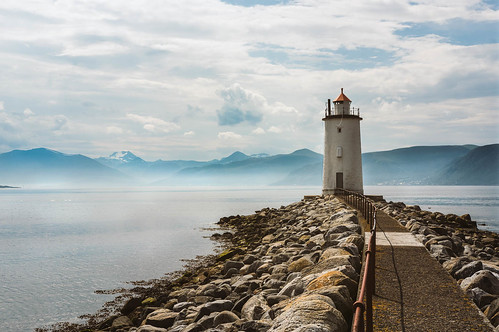 When we got to the top we had more great views, slightly different to those of yesterday because we were further south. We could even see a snow topped mountain in the distance. 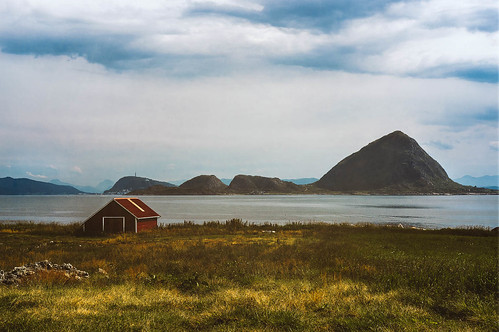 At this point the sun went in for a bit, so it was the ideal time to whip out my skirt and take a selfie 😉 kB says I must be the only person in the world who climbs up mountains to get changed and take a picture 😛 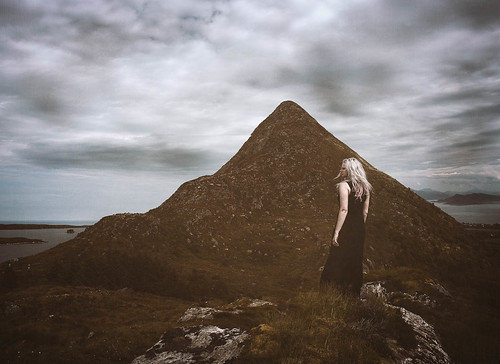