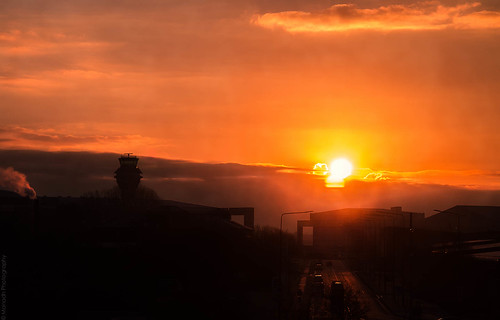 Today has mainly been spent travelling. We stopped over night at a Premier Inn near the airport, and then meandered across to the car parking and Manchester Airports Terminal 1. We had a delicious breakfast in Giraffe, all of which was not rushed (Which made a change as when we went to Italy we were pushing it to check in on time!). We bought a Boots meal deal each to eat on the plane and some sweeties and that was that.

The plane was rather nice, touch screen mini TVs in the back of the headrest. kB watched Dawn of the Planet of the Apes (Is that the newest one? He watched the newest one), whilst I watched a thing about Iceland so as to be in the know when we got to our destination.

The coach transfer was also nice, but instead of mini TVs there was free wifi! 😉

Hotel is nice, warm and clean with plenty of space. Also conveniently next to a Domino’s for those late night pizza emergencies 😉 We seem to be pretty much next to the main strip of restaurants and shops, so we went to ’73’ restaurant and had what I think might be the most delicious burger I have ever eaten. Seriously. It was woah good. Mine was ‘tiny’ thought obviously it wasn’t actually tiny and kB went for an ‘epic’ sized one which was pretty much the size of half a cow.

We had a little walk around the main strip, but it started to rain pretty bad so we came back to the hotel… Where in kB has promptly fallen asleep (It’s 9 pm), and so I edited my photo for today. Hoping the forecast is right for tomorrow (Light cloud and no rain) so that I can grab some shots during the 4 hours of day light whilst we are at the Blue Lagoon!

One thought on “Day 1: Manchester Airport”