I’m Sami. I’ve taken a photo each and every day since January 1st 2011. This means I have completed 4 Project 365s one straight after the other (Assuming I don’t mess up in the next couple of days!).

No cheating, no mess ups. A photo each and every day for 4 years.

If you are thinking about starting a Project 365 then here are some tips to get you going and make sure that you keep at it.

Taking a photo a day is a massive commitment, even if you are planning on doing it on your phone or tablet. It is inevitable that you will run out of time, or be ill, or almost forget at some point. One big thing that I think people don’t think about is why are you doing it? To improve your photography skills? To have a photographic record of one year of your life?
If you don’t really know why you are doing it then the chances are you wont complete it because something else will come up, or you will just get fed up of it.

I started my Project 365 because I wanted to learn how to use my SLR to take ‘proper’ photos.

Even if they are not taking part in the project, friends or family who can take an interest and keep you on track is a fantastic idea. Even better is finding people online who you can share your photos with and build up a Project 365 friendship with. You can keep each other on track with motivation and kind words for the off days (weeks, months….).
If you write a small comment about what the picture is about then it helps people to maintain an interest in what you are shooting.

I used Flickr exclusively for a couple of years, and last year I started to put my best shots on Facebook for family to look at too. Each year on Flickr I’ve made new 365 friends and they are brill! 🙂

3. Start early and keep it regular

Take a ’emergency’ shot first thing in the morning; build it into your morning routine. It can be of anything; toothpaste, toothbrush, the floor…. Once you have a shot in the bag it takes some of the pressure off (and yes you will feel the pressure if you are serious about completing it!) as all you have to do is take a better shot!
If you have a model or a toy or something keep it near your bed – worst case scenario is you end up with more shots than you should of that.
Maintain posting regularly. If you end up with a backlog of images to edit and post then you will keep putting it off!

I have a Danbo and a Domo for such occasions, as well as a box of odd bits which I can use when I can’t think of anything else. The biggest backlog I ever amassed was in 2011,  where I have November and December to sort out during the Christmas holidays!

Chances are you don’t go anywhere without your phone. Which has an alarm function on it.
It might take you months, or even most of the year, to build taking a photo every day into your routine so why not set a musical reminder to keep you on track.

I had my alarm for 730 at night. That way there was still enough time to shoot something and relax before bed.

Even if it’s nothing more than to take a self portrait once a week. They don’t have to be elaborate, but if you set yourself small manageable goals which you can work towards then it gives you a sense of purpose. These will be especially useful when you’ve got a couple of months under your belt and you start to question why you thought this would be a good idea.

I had a goal for the year, and then I had a weekly theme. I had to take at least one photo per week on theme.
Having a theme also served as a good back up plan for when I couldn’t think of anything to snap.

6. Don’t be too hard on yourself

You will have off days. Hell you might have whole months which are off, but you have a life (presumably) and taking a top notch photo every single day is just not going to happen. Accept that you will take lots of duds.

In 2011 the months October – December are just bad. Out of focus close ups of wool is a shot that specifically springs to mind.

Of ideas, locations, people who don’t mind being snapped…. It will come in useful at some point so jot everything down and keep it on you. If you have a notes app on your phone then that would be a great place to keep it.

I’m a paper kind of girl so I have a note book.

There are tonnes of apps out there for image processing, so it doesn’t have to be an actual camera – the one on your phone will do. Just make sure that you always have something with you. After all the best camera is the one you have on you. Don’t miss out on a shot by not having something to snap it with.

I take my SLR most places with me, but I without fail always have my phone on me.

Start to look at objects and locations in a different way. There are a lot of months in the year where it will be dark when you go to work and dark when you get home. There will be lots of things to photograph in your house, or at work which you wont notice because you look at them every day.

I have a fondness for buying cheap objects from the supermarket to snap.

Don’t give up. Use your support network and keep at it. This is a massive commitment, but it is so worth it.
Keep at it! A rubbish shot is better than no shot at all.

It’s easy to fall into the trap of just taking a photo for the sake of taking a photo so that you complete the project. Doing this some of the time is fine (and unavoidable) but if you don’t keep pushing yourself then you will become bored with the project. Try new styles, photograph new things, try photographing  with just one lens for a whole week, heck go for a month! Trying new things is key to stopping this project going stale. See this page for some suggestions on things to shoot if you are stuck. Even if it doesn’t work out you can say you’ve tried something new… Even if you never try it again 😉

I have a list of things I want to try out. I usually come up with the list towards the start of the year and then add to it as I come up with new ideas. 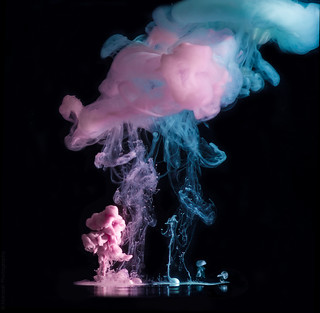 Because I am mad I’m going again in 2015, so feel free to follow me on here or any of the other social places… Flickr, Facebook.
Got your own tips? Add them below! 🙂